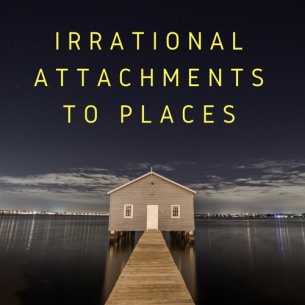 Michael had been up here so many times in his life, watching the stars or waiting for fireworks with a good view. This roof had become as familiar to him as his own house had, except he’d spent so much more time here, at Lucy’s, that it almost felt more like home than his own home had. He glanced over his shoulder at the sound of someone coming onto the roof behind him, only to see his friend Gina crawling up to sit beside him, handing him a coffee mug and holding one for herself. Michael took the mug and took a long sip as Gina settled herself beside him on the roof.

“I think I’ve spent more time on this roof than I have inside the house, oddly enough,” Michael said, and Gina smirked.

“Yeah, I know what you mean,” she said, “This roof has seen so much more action than anywhere I’ve ever lived. You remember Lillian Burk? That girl I was in band with in high school, the sort of gothy one?”

“Yeah, I remember her,” Michael said.

“I brought her up here on New Years and kissed her,” Gina said, smiling as she looked down at the coffee she was swirling in her mug, “She ended up not being into it in the end, but it’s a very vivid, happy memory for me. This roof is where I had my first kiss.”

“Did you ever tell Lucy that?” Michael asked and Gina laughed.

“God, no, never. No, Lucy and I weren’t the sort of secret sharing best friends everyone seems to be in love with concept wise. No, we were more like the ‘let’s go to college together and be eachothers bridesmaids’ sort of best friends.”

“I remember when Kyle Lowman fell off this roof,” Michael said, taking another long sip from his mug, “Remember that?”

“I do remember that!” Gina said loudly, pointing at him, “I remember he was getting angry at Tally Spimoni for something, and he lost his footing and slid off the roof into the bushes below! He wasn’t even hurt, but he acted like he was, and of course that made Tally be all apologetic and shit. God, those two belonged together.”

A long pause came over them, as the cool summer air picked up, wafting past them, turning the weather vane on the roof a bit, the both of them watching.

“Everyone’s gone now,” Gina said, “Some are dead, some just moved and lost touch with, the only one we had left really was Lucy, and her roof. I don’t want to lose the roof. I’ve already lost my best friend.”

“They’re going to sell the house, you know that,” Michael said.

“Yeah, I can barely afford my rent, let alone half a house,” Michael said, interrupting her before she got too attached to the idea like she usually did, “No, I mean, I’m right there with you, this roof has been a major part of my life for so long, I don’t want to lose it either, but…but we’re going to, and we just need to accept that. You know, I lost my virginity up here.”

“You lost it to a girl from a catholic school? Wow, that’s impressive,” Gina said.

“She wasn’t very catholic as it turned out,” Michael said, “But it was like, sometime in the fall, early October, and we were over here hanging out and we were seniors, I remember that, and I think we were here pet sitting cause Lucy had to go visit her grandma or something, and her parents asked me to watch the dog, so obviously I invited a girl over to a house I had all to myself a week.”

“What a casanova,” Gina said, grinning.

“Well,” Michael replied, “I do what I can for the ladies. But we were up here, and it was like one in the morning or something, and we were talking about graduation and stuff and, I don’t know, it just sort of came up that we were both still virgins, and that we liked one another enough and that we both could’ve ended up having our first time with worse people so why not do it with eachother, right?…it was nice.”

Another long pause, as Gina looked at her nails.

“Did you see Lucy after she got sick?”

“I couldn’t,” Gina said, “I feel awful about it, but she told me it was fine if I couldn’t stomach it. The worst part is when she told me she was going to die, I was sad but the first thing that ran through my head was ‘oh no, we’re going to lose her house’. Am I a bad person?”

“Buildings are important to people,” Michael said, shrugging, “I mean, I don’t get it but it’s true. A lot of times, when people recount memories, what they don’t realize is that the memory isn’t so much about when or how it happened or with whom it happened, but where it happened. That’s what actually helps you remember, is the setting. That’s why you were scared of losing the house when she told you she was sick, because this is where so many formative moments in your life occurred, right here, on this goddamned roof. You don’t want to lose that, nobody would.”

Another pause, and then Michael laughed and looked at Gina.

“Let’s take a shingle, each,” he said, “That way, we’ll always have some of the roof with us. Often times these homes when they get sold end up getting redone anyway, so why not? Nobody’s going to miss a few lousy shingles.”

“That’s a good idea,” Gina said, as the two of them got onto their knees and started prying some of the looser shingles free from the roof. They then picked the ones they liked best, and each took one. As they sat there, staring at their respective shingles, Michael sighed.

Gina smiled, stood up and held her hand out. Michael took it, as she helped him up, and the two of them headed down from the roof, through the house, locking it up and out to their cars. Standing there, in the driveway, Gina looked at Michael.

“I’m hungry, you want to go get something to eat?”

The two got into their cars and drove away. As they left, Michael couldn’t help but glance at his rearview mirror, back at Lucy’s roof one final time, and smiled. He didn’t mean by his statement that Lucy wasn’t special or unique or that she could be easily replaced. Everyone was special and unique and couldn’t be easily replaced. He just meant that there would never be another roof like Lucy’s. One that held so much history of their youth, of their time spent together, their friendship. Other roofs would hold other history, the start of their own families, their own holiday traditions, their eventual children’s youths, but there would never be another like this roof. Yes, there will always be other roofs, other Lucy’s.

But there would never be another Lucy’s roof.

Hey, I’m Maggie. You like this thing I made? Then you might like other things I make, like my depressing webcomic “In Space, No One Can Hear You Cry”, or my writing over at Medium. You can also donate at the PayPal or follow/support my work on Patreon! Anything given will go to paying my rent and groceries, and be greatly appreciated. Thanks for reading!